"I'm an American, I was born in Oakland, asshole."
— After a prisoner at the Montrose Correctional Facility insults him for being a Korean.

Hopper Lee is a Korean-American and a member of the Resistance. He is an expert in mostly car mechanics. Hopper bears scars dealt to him during the race riots of the early parts of America's occupation. Hopper's Korean heritage helps the Resistance greatly though this also means he is often a target for racist hostility and suspicion.

Hopper was born in 1995, and is a third generation Korean-American; his grandparents fled North Korea in the mid-sixties.[2] At some point he and his family moved to Oakland, California where, during the race riots, a mob burned his house down. Prior to the invasion, Hopper was a very skilled technician who won several rewards at events such as the DARPA Grand Challenge.

Homefront: The Voice of FreedomEdit

Following the Korean invasion, Hopper was forcibly recruited by the KPA to repair military equipment. Because of this, he was branded as a collaborator. During that time he joined a local resistance cell, passing intel to them. However, he still suffered prejudice among his peers in which he was given suicide missions.[3]

While repairing electronics for the Koreans, he reconfigured the unmanned armed ground vehicle Goliath and built a controller so that it would be under his direct control. He escaped with the Goliath, and eventually making his journey to join the Montrose cell.

Along the way, Hopper joined Nguyen Huu Giap's resistance cell in Bryce Canyon that encountered Ben Walker's group. He strike up a quick friendship with Kelsie Wilcox over their common interest in technology. Hopper also clearly stated to Ben and Kelsie that he is against the Korean government under Kim Jong-un, and criticized the Korean leadership for shaming his people and heritage.

Hopper makes references to his background during the Heartland mission, commenting on his unease being there as it reminded him of the racial violence he had experienced in Oakland. Like Rianna, he offers a civilian perspective on combat, expressing concern for fellow combatants, the repercussions of their actions and occasionally showing stress under fire. He is serves as a counter-balance to the gung-ho attitude of combat veteran Connor.

Hopper helped the Resistance in saving Robert Jacobs and summoning Goliath in repelling KPA forces, in which he instructed Jacobs in learning how to use the drone. He along with Boone and Jacobs infiltrate the Montrose labor camp in procuring tracking beacons. Many people within the labor camp display overt hostility towards Hopper due to his ethnicity. Hopper makes it clear that he is an American, and fights to free his country from the GKR. He is appalled that the GKR has invaded his country and taken away the freedoms he holds dear, having heard stories of the oppression that caused his grandparents to flee North Korea in the 1960s. 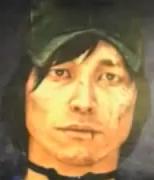 Retrieved from "https://homefront.fandom.com/wiki/Hopper_Lee?oldid=23151"
Community content is available under CC-BY-SA unless otherwise noted.